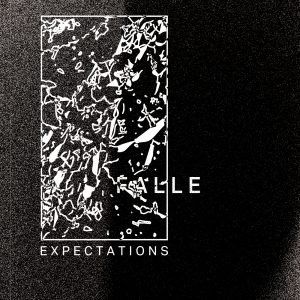 Monotony? Repetition? INSISTENCE! Named after a man-made construct to capture or control, Falle stretch from the flourishing Vienna/Graz tape-head scene as a collaboration between Tina Bauer, Markus Gönitzer and Peter Lazarus. United by a firm lo-fi mindset and a joint vein for the grim and murky, they lurk in the substantial negative space between catchy ‘80s-esque Bat Cave and a barren basement wallpapered with primal Units posters, early Holograms & Frustration or the likes. „HAUNTING. STIFLING. WIRED.“ A compelling body-gripper between grave post-punk dramatics and brittle punk temperament. 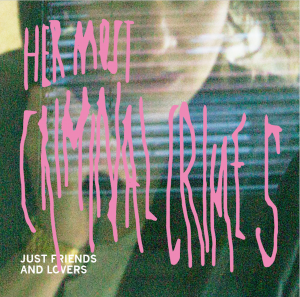 Actively pushing and pulling between pop sensibilities and punk attitude since 2011, JFAL are not only a dab hand at the swap of instruments, but first and foremost at timbering strong melodies, viral in their catchiness, zested with questioning, provocative and wistful lyrics – oozing out as opalescent tales of passion, murder, visions and friendship. Meeting in the middle of the oblique and the real, »Her Most Criminal Crimes« is an album that sparkles like the charming chance-child of jangle-pop simplicity and post-punk disorder with a preference for resourceful originality over standard technique – raw unpolished and irresistibly charming at the same time. 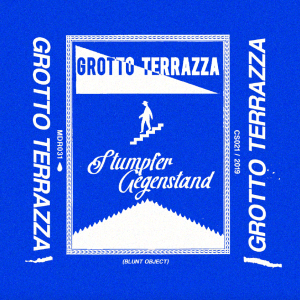 Transforming from a blunt object into a smoldering saint, just another day thought on the never ending collage of life, a pattern that continuously evolves like Grotto Terrazza, the Munich based art/music/life project of Thomas Schamann (also: member of Bleib Modern). His musical solo debut is a beautiful intimate album of translucent dark beat poetry, that flickers between rhythmical murder ballads, Neue Deutsche Welle, the early experiments of Palais Schaumburg and the industrial malaise of Cabaret Voltaire; art-punk that plays with musique concrete and finds it’s pop sensibility rooted in EBM and folk noir. 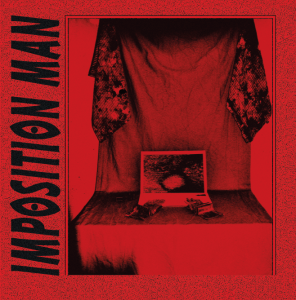 „pounding Synth-Punk, with impelling machine-beats, brusque and sharp bass/guitar hooks, sinister synths and vocals.“ – X-mist.
IMPOSITION MAN establish a time shunt between 1982 and 2019 and show that yesterday was already today. Their anachronistic approach: „Let’s refrain from the technological achievements of the past 40 years“ fortunately doesn’t become a gone wrong version of Rousseau’s „Retour à la nature!“. In fact, their sound establishes new perspectives on the interdependence of music, time and politics. „This is DIY and attitude, hypothermic atmosphere and nebulous jaunts. A feast of the avant-garde Riot Culture!“ – Underdog Fanzine 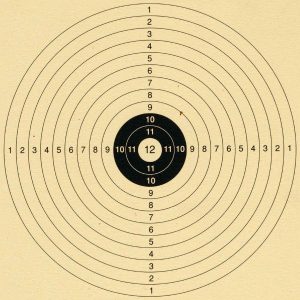 Plain old rockisms get shattered to bits downright with butcher’s fists, just to retrieve them all resurrected by virtuous hand – morphed into grotesque-disfigured shapes. A revenant of rock, spiked with elements of noise, jazz and Weill’ian folklore adaptions, whose nightmarish high jinks confirm the fright of all these poor souls haunted by consumer pressure. 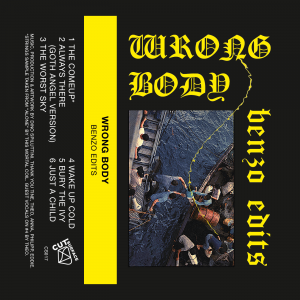 The songs on Dino Spiluttini’s new release under his “Wrong Body”-moniker, “Benzo Edits”, are among the most accessible in his output and they might also be his most emotionally devastating. As “Wrong Body”, his influences have shifted away from the postpunk starkness of his earlier “pop”-projects and the abrasive intensity of his experimental music, and moved into something warmer and more intimate, even skirting an R’n’B-ish seductiveness. 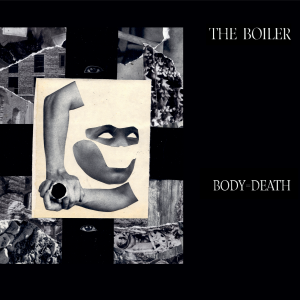 Primal, saturnine, abrasive and angular at times, yet with the steady will for the big refrain. Pop or antipop? Ambient or techno? THE BOILER cannot decide. Yet: also doesn’t need to! Inspired by ancient electronics and early techno, this debut album manages to do the lugubrious splits between propulsive, restless and spheric, sedating songs with greatest of ease. Highly electrifying and deeply shattering! 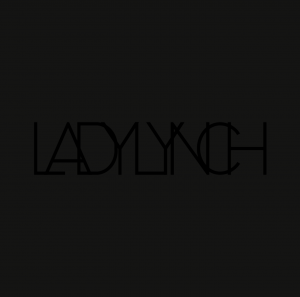 Black 12″ vinyl (incl. DL-code)
A white blaze in the dark. So distant. So close. Falling into place: LADY LYNCH’s first vinyl LP. LADY LYNCH is every-thing and collective. From Girls Rock Camp to Wilhelm Show Me The Major Label, to Crystal Soda Cream, to fine arts. Back to the early 80s, to Lydia Koch aka Lunch and David Lynch, to the bollocksed Bowery area. To druggy and grey Berlin around Blixa, Gudrun and Nick during the time of the wall, to rural phoniness – in the northwestern U.S., in Styria or elsewhere. 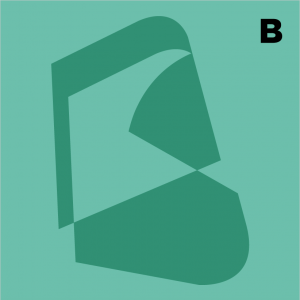 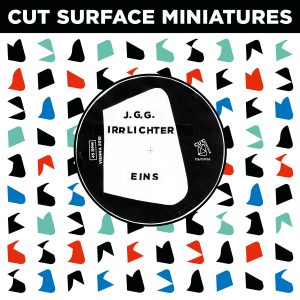 7″ single, black vinyl + company sleeve. Ltd to 300 copies.
Irrlichter, or Fuego Fatuos, describe light phenomena that arise from excrements and gasses from the deceased. Creation in destruction. From limbus to nimbus. Just like Aladin does rub his magic lamp, J.G.G. rubs his apparatus of instruments until a mighty ghost is set free. Even though the entwined arabesques of his instrumental compositions could be arranged by an orchestra as well, this remains a burbling illusion: Barcelona’s J.G.G. is a one-man-show and an allrounder – at the synth/organ and rhythm machine, chaperoned by the magic charms of echoing surf guitar reverbs. 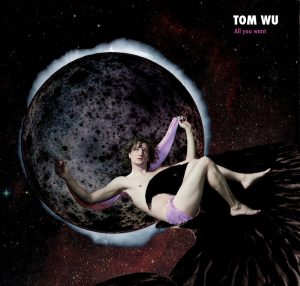 Black 12″ vinyl (incl. CD & DL-code) || CD
Tom Wu shows should take place in basements – exclusively. Basement clubs, that you need to descend unto, like into the abysmal depths of our minds. Clubs with no light, except that of a stroboscope, which reveals images of people thwarted in ecstasy, all chopped up into snapshots. It ’s exactly this imagery that sums up the Munich-based drummer and singer best:  „It’s a forbidden kiss with a masked stranger, a never-ending dance presided over by Tom Wu, the wicked and irresistible Satyr. Tom Wu is a dark star. Let him suck you in.“ – SWIT 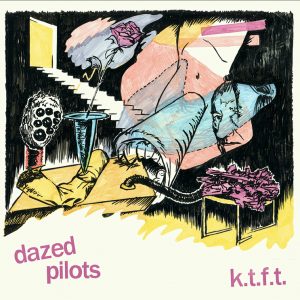 Black 12″ vinyl (incl. inlay & DL-code). Limited to 300 copies.
When finally the bass drum gets the chance to become the lead guitar! It takes Two to do the shopping: one to rush the cart across the meat section at 50km/h and one to drill distance shots into the shopper – with milk cartons. Why would rock’n’roll be an exception to this rule? Too many musicians spoil the sound. PRESSURE BY REDUCTION, ENERGY BY HYPERVENTILATION! 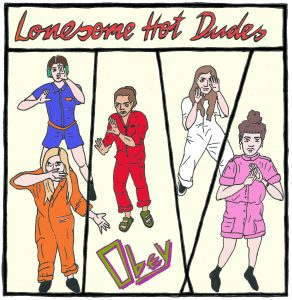 7″ single, black vinyl, incl inlay + photograph. Ltd to 300 copies.
By revealing their present single „OBEY“ LSD provide us with two new, self-penned tunes of the infectious kind: Moody, yet determined in delivery, OBEY hits the ear shaped as an inner monologue, challenging the „No means No“ debate from different angles, emphasizing the indispensability of serious engagement with these issues, that affect all of us. Ignorance is not an excuse! BOOKS, on the other (A) side, is an encouraging appeal for self-empowerment that does away with the „feminist by nature“ myths. In short: You better think …and step out! It’s as easy as that. ++ in a cooperation /w KIM Records ++ 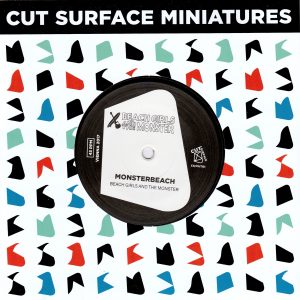 N°01 of our new 7″ series „CUT SURFACE MINIATURES“:  BGATM take you to their favorite hangout to play some Truth or Dare: sway on“Monsterbeach“’s (only seemingly!) mellow banks, where beach party lovers make Hey Hey in the Moonlight… while the Monster waits and watches! Or move to the other side of the B-each, to get ensnared by floaty girl group harmonies in the shape of a torn but smooth love tune … and an overly honest confession! Evidence: You don’t have to live close to the shore to get soaked by ocean spray! 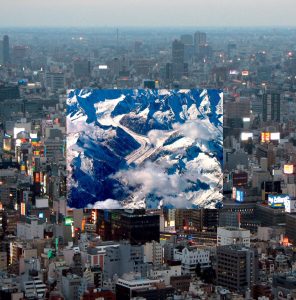 Black 12″ vinyl (incl. inlay & DL-code). Limited to 300 copies.
POSTMAN display the rare gift to create versatile space, beauty spots flowing one into another. Though they make minimal pop, their canon of forms is far from limited. It shines in unwieldy beauty. In a virtually consolatory way they describe the metaphoric void of postmodernism, emerging as lifeguards who improve the world through architecture. Young Concrete Giants! 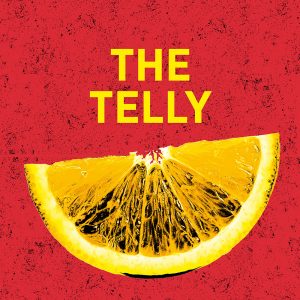 12″ maxi single /w disco sleeve (incl. DL-code). Limited to 300 copies.
The Telly knows quite a few things about pop music: his songs develop their character by having their crucial ingredients all bent through prisms of psychedelia, deep house, dub & blissful 60s pop. Getting high in style, coming down united. What you hear on this triple-A-side are top sounds by The Telly between viennese „Grant“ and a touch of mancunian rave sparkle. Shout to the top till walls come tumbling down! 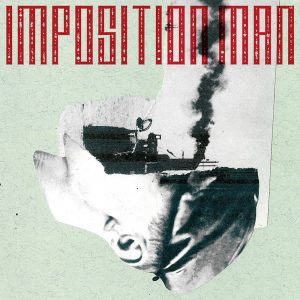 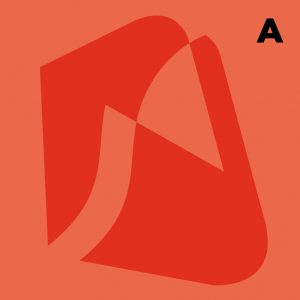 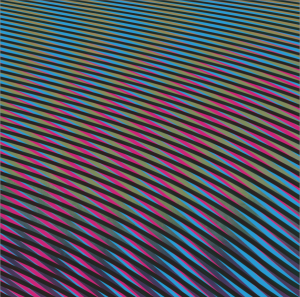 2x black 12″ vinyl (incl. inlay & DL-code). Limited to 300 copies.
In their snotty alliance of sonic misbehavior MELT DOWNER fuse a noisy amalgam of spitting no-melodies and infernal drum thrash. Grab you by the scruff to drag you straight forward through a mind-melting polytoxicomanic tsunami. … for sure no highbrow bore, much rather structured fun blasting off into unexplored cosmic territories. Trippy, dangerous, dreamy & brutal. It melts brain cells. It’s Melt Downer.  ++ out in a cooperation /w Numavi Recs  ++ 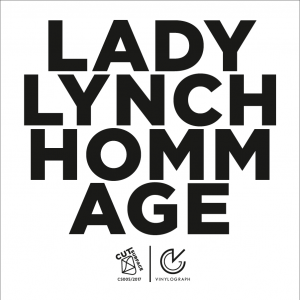 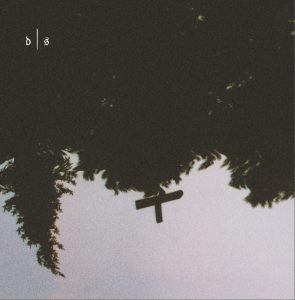 Green 12’’ vinyl (incl. inlay & DL-code). Limited to 300 copies.
NO BEATS. ALL BEAST! …dragging you deep into it’s vaults of sweeping drones and vibrating ambient gyris, here comes another epic album by master of modern classic and spine-tingling melancholia, Dino Spiluttini. A record that`ll swallow you – neck and crop! //  at times painfully elegiac and lugubrious, but offers innumerable havens of solitude that carry the listener down an assembly line of unexpected melodies and textures. – Can You Ear It? 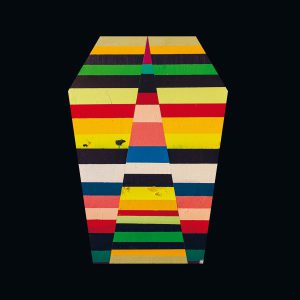 Black 12″ vinyl (incl. inlay & DL-code). Limited to 300 copies.
Bruch is the dark, abysmal side of rock’n’roll, by other means. The Lottery is no game of chance, cause in the end everyone is a winner. – the gap // Well crafted pop songs that sound like Lee Hazelwood and Alan Vega were locked in a room for a month and told to make a record. – Codex Empire //  A challenging, distressed, upbeat and urgent album. – Melanie Letschnig 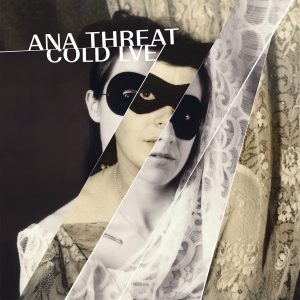 Black 12″ vinyl (incl. DL-code). Limited to 300 copies.
A world of haunted lo-fi garage scifi disco trash for loner bedroom dance parties. Wrap yourself & your invisible lover in tin-foil, put this record on your machine and spin out into the glitterless extremities of the only Ana Threat to walk this universe. – Anto J Macaroni // A one-woman tour de force with a distinct – if sometimes strange and unsettling – artistic vision. (…) an unceremonious baptism into the weird and wild world of Ana Threat. – tom tom mag